Nortech’s Managing Director Stephen Blackler has recently returned from another fundraising activity in which he climbed the Simien mountain range in Ethiopia, scaling the highest peak Ras Dashen at no less than 4,620 metres. He made a similar climb in 2016 of Mount Meru, Tanzania’s second highest mountain at 4,565 metres located in the centre of Arusha National Park. 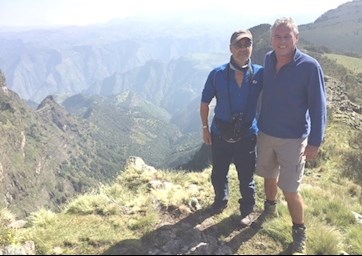 It’s all in aid of Nortech’s nominated charity, The David Sheldrick Wildlife Trust in Kenya, and their Orphans’ Project - the most successful orphan-elephant rescue and rehabilitation programme in the world

Under the scheme, Nortech which is based in Cwmbran, has for two years now been a foster parent for two baby elephants - Arruba and Murera - and all the money raised by Nortech goes in support of their upkeep and the care and protection of all the orphans as they return to the wild. As the foster parent, Nortech receives monthly updates with a link to each of the baby elephants from the Keepers Diary where they can track their progress and weekly activities.

Sadly the elephants become orphans due to ivory poaching, human-wildlife conflict, habitat loss and drought. Arruba and Murera were aged 8 months and 2 ½ years respectively when taken into the rescue programme and as with the other infant elephants are then hand reared at the centre until eventual re-integration into the wild herds. 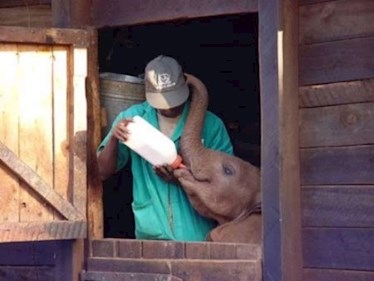 Stephen Blacker originally become interested in the Orphans Project after being inspired by reading the book by the late Daphne Sheldrick, ‘Love, Life and Elephants: An African Love Story.’  Stephen comments, “I have always had an interest in wildlife and this interest grew when I spent seven years in South Africa working in Johannesburg. After my mountain climb in Tanzania, I visited The Orphans project facility and immediately decided that this was such a worthwhile charity to support that we made a donation to the Trust and continue to foster the two baby elephants.”

As well as Stephen’s adventurous mountain climbing, he is also a keen cyclist. Last year he completed the Berlin Velothon, a single day road race covering 120 kilometres after a gruelling 4 hour cycle ride. And this year on 8 July he will take to the saddle again to ride the 140 kilometre Velothon Wales, once again in support of The Orphans Trust and the two baby elephants. Knowing Stephen, no doubt there will be another challenge before the year is out! 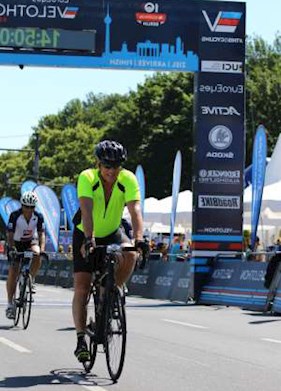 Further information about The Orphans Trust can be found at www.sheldrickwildlifetrust.org

Nortech has supplied products and solutions to the security industry for over 25 years as an independent British company. The company uses extensive experience and expertise to create new security products to fit their clients’ needs and designs everything with the customer in mind.